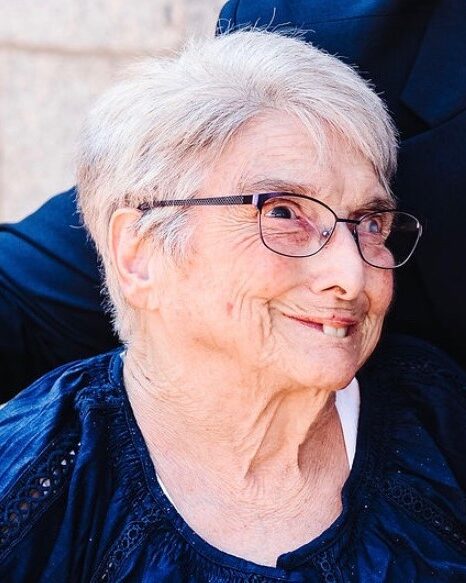 Virginia Lee Kay was born on July 29, 1942 to Albert and Luella Kay in Payson, Utah.  She attended Santaquin and Payson School Districts and graduated from Payson High in the early 1960s.  She met Douglas Ralph Carson, and they were married on June 16, 1961 in the Los Angeles LDS temple.  Together, they had three sons and one daughter.  Michael Douglas (Kim) of Hermiston, Oregon; Rande (Alisa) of Blackfoot, Idaho; Scott Alan of Odessa, Texas and Provo, Utah; Kay Lynn (Adam) of West Valley, Utah.  They have two grandsons, Thomas Scott (Alex) of Provo, Utah; Jordan Michael of Hermiston, Oregon, each whom she loved dearly.  After spending 10 years in southern California, they returned to Utah and raised their family in West Provo.  She worked for Jolene’s, Powder River, and the Utah State Hospital, all in Provo.  After a health incident on January 2nd, 1995, she spent the remainder of her life in various care facilities along the Wasatch Front.  She showed remarkable resilience facing challenges throughout life that is a lasting example to her family, and though we spent 27 years preparing for her absence, we profoundly miss our mother.  She was raised in Santaquin, Utah, along with her sister Karen where they spent the carefree days of their youth.  She is again free.

The family would like to thank Eddie & Stephanie Stallings for their loving care, her CNA Julie who went above and beyond with her gentle care of mom, and the entire staff at Rocky Mountain Care – Hunter Hallow. Special thanks to Rocky Mountain Hospice Team.