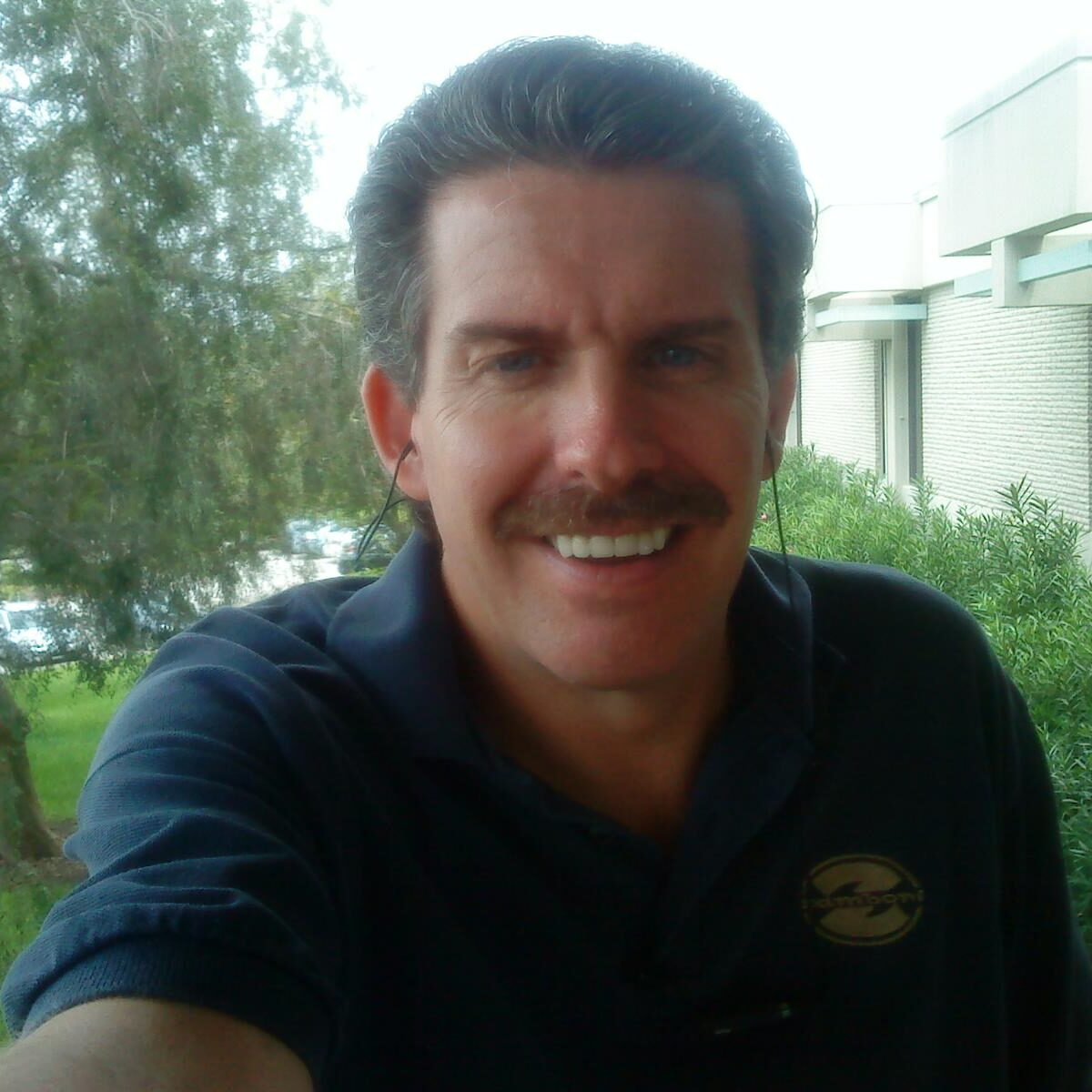 Robert George Knapton was a hockey coach to hundreds, a mentor to many, and a great friend to all, passed away on September 19th, 2021. Robert was a loving husband and a patient, caring, selfless father and step-father. He was adored by his nieces and nephews and loved being a brother. Robert was born December 13th, 1962, in Murray, Utah, to Melvin and Vera Knapton.

Robert spent his formative years in Murray, Utah, where he enjoyed playing neighborhood football and baseball. Robert would often reminisce about playing outside all day long until the street lights came on and he knew it was time to go home. His interests were many and his talents galore. He attended Murray High School and loved being a Spartan. He graduated from Southern Utah University with a Bachelor of Science in Accounting.

One of Robert’s first loves was being a mountain man. As a youth, he became quite knowledgeable about early Native American Cultures. He became highly skilled in making leather and fur clothing. Robert spent much of his time with his ice hockey community serving at the Acord Ice Center. He was a talented player and a dedicated coach for over 25 years. He loved to help others improve their skating abilities and raise their personal bar. Robert always savored the feeling of the cold, hockey rink air in his full head of gorgeous hair while he skated.

Robert loved being outdoors. He loved camping, rock climbing, golfing, and fishing. He took great pleasure in fishing with his sweetheart and seeing her succeed. Robert was constantly excited to take on new excursions. His favourite vacation spot was Yellowstone National Park. The park fascinated him with its luster of nature and animal life. Robert always wanted to have a pet Grizzly Bear. He became accomplished at all he did, especially in intricate handcraft skills. Robert was hard working and never hesitated to serve. No project around the house was too hard for him to master. Many times, Robert would be out in his shed organizing his tools in anticipation of what was next on his fix-it list.

Robert was a passionate WW2 historian and incredibly astute in all war-related aircraft. He knew the capabilities of every model and enthusiastically shared his insights. Robert had a thirst for knowledge. He would often be found reading a new book on historical events about our Founding Fathers along with the teachings of our Savior, Jesus Christ. His favorite books are The Rise of Wolf 8: Yellowstone’s Underdog and The Infinite Atonement.

Tandy Leather was one of Robert’s first jobs. He often talked about how much he enjoyed spending time with customers and learning the art of leatherwork. He spent the majority of his career at Ceridian, working in Health and Welfare in many different leadership roles.  Robert was self-driven in every area of his life. He was so grateful and fully committed to his recent employer, Northrop-Grumman, and appreciated his hardworking, jovial co-workers.

Robert’s love for wildlife photography enabled him to capture many breath-taking photos that will continue to provide joyful memories of time well spent as a family. Robert made the neighbours smile as he acquired several “speeding tickets” as the family dog, Harley, pulled him around the neighbourhood on rollerblades. Robert relished telling stories and loved sharing jokes with others. His infectious smile and sense of humor will always be captured in our hearts.

As an active member of The Church of Jesus Christ of Latter-Day Saints, Robert enjoyed serving in many capacities. As Sunday School teachers, Robert and Janna enjoyed learning from the youth and thought highly of their gospel knowledge. This was Robert’s favourite calling. Attending the temple often became a highlight in his life. He found solace, peace, and tranquility within the temple walls.

Robert would want us all to live the journey and continue discovering God’s creations. To all of Robert’s hockey family, “keep your head up and keep your stick on the ice.”

Janna and family wish to thank Dalton-Hoopes Funeral Home for their extraordinary expertise and kindness through this difficult time along with friends, neighbors, and members of the Golden Meadows 3rd ward family for their outpouring of love.