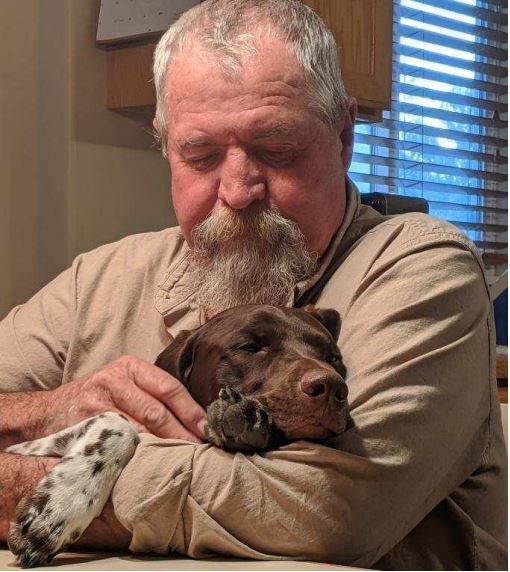 Beloved brother, uncle, son, and father Richard (Rich) Lowell Brown passed tragically and unexpectedly in his Grantsville, Utah home on November 18th, 2022 at the age of 63.

Rich was born to loving parents, Paul and Ellen Colleen Brown on May 21st, 1959 in Lehi, Utah. Rich lived in several cities growing up, but called Kearns his hometown. He graduated from Kearns High School in 1977. Growing up, Rich loved to hunt, ride dirt bikes, fish, play football, and draw beautiful pieces of art. He was constantly out roaming fields and mountains with his close friends and brother, Kyle. Rich recalled many stories of hanging out of windows of trucks, spotlighting fields, tearing up fields on dirt bikes, football games, and many other outdoor memories.

Rich followed in his father’s footsteps and joined the apprentice program as a crane operator in the Operator’s Union while living in Nephi. Rich worked many parts of the country where he gained a reputation, many relationships, and built a legacy. He loved everything about operating cranes, especially when the wrecking ball was attached and he had permission to destroy something.

Rich was transferred to Southern Ohio for a new crane job where he met his second love, Cheryl. They welcomed three children-Alayna, Trenton, and Jacob. Shortly then after, Rich moved across the country with three young children to Taylorsville, Utah, then to Grantsville, Utah where he settled his family. Rich continued to work hard as a crane and heavy equipment operator with OE3 for many companies, including WWClyde before retiring in May of 2022.

Rich loved everything outdoors and passed this love onto his children. He always wanted to be out exploring the West Desert, fishing, hunting the Stansbury Mountains, cleaning and shooting guns, or roaming around Sportsman’s Warehouse. Rich was always looking forward to spending time outdoors with his children, dog, and four wheelers.  He was a devoted father who did everything he could to attend sporting events, choir concerts, dance recitals, and many other family events.

Rich will be deeply missed by his beloved German Shorthair, Buck, who always brought the ball back to be thrown.

Rich is preceded in death by his father, Paul Richard Brown.

In lieu of flowers, donations may be sent via Venmo to Trenton or Alayna to help with funeral expenses.  Venmos: @amagnuson5 or @trent-brown30.