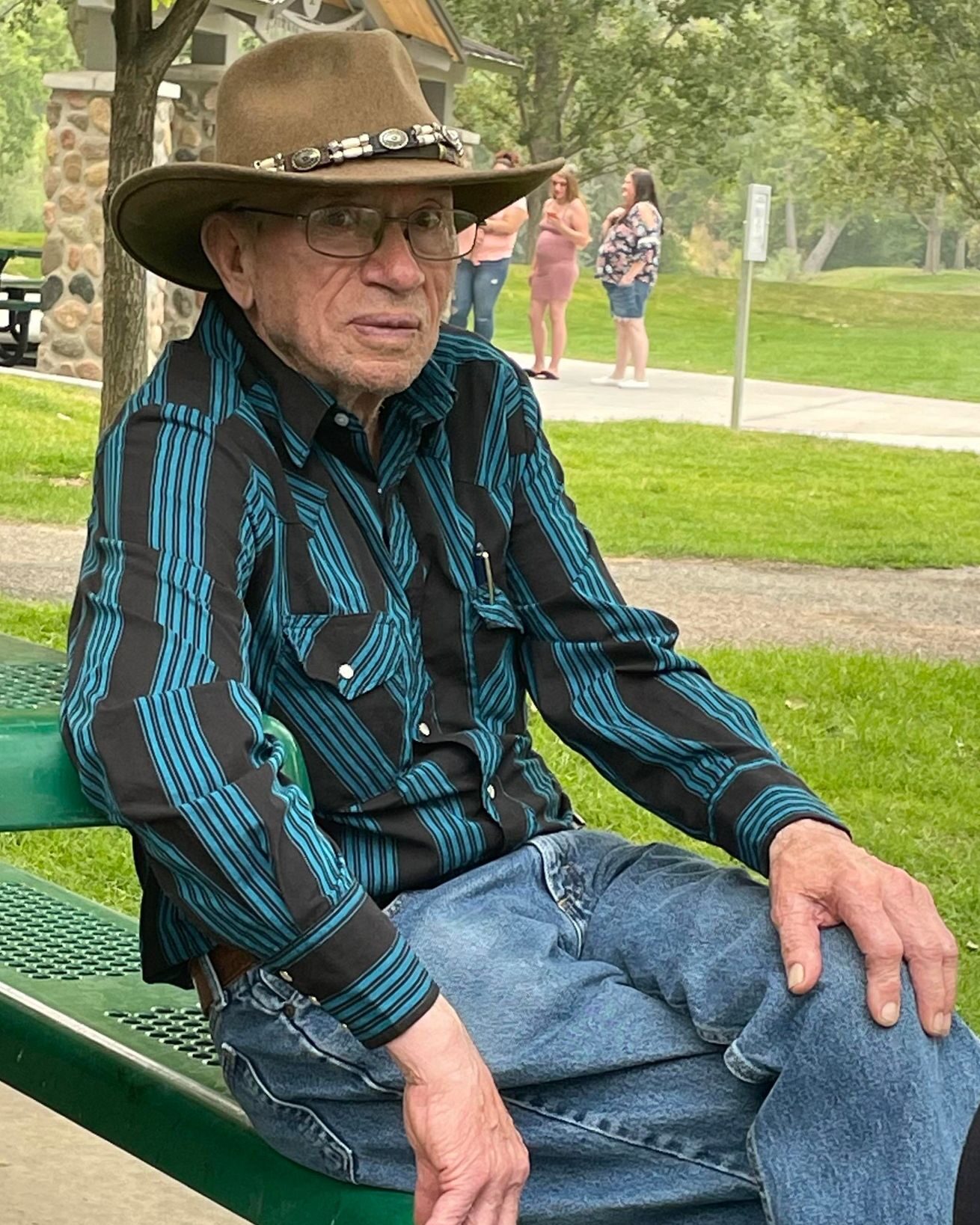 Richard (Dick) Anthony Stockdale, 84, passed away December 6th 2021, surrounded by loving family. He was born June 27th 1937, to Verbal and Harry Stockdale in Gooding, Idaho. Becoming independent at a young age, Dick enlisted in the United States Navy at the age of 17. While serving his country, Dick discovered that he loved to travel; seeing new places and experiencing the people and culture.

After his service, Dick returned home to Idaho where he lived and worked for a time before leaving for Utah where he would meet and marry Cleo Durfee. Though later divorced, their marriage brought three children; Alvin (Erma), Debra (Steve), and Brenda (Tracy). Dick later married Dorothy Jane Evans, who brought to the family her four children; Shannon (Ron), Debbie, Joann, and Shane (Christine).

Dick was a long time resident of Stockton, Utah, where he and Dorothy made their home. Dick served as Mayor of Stockton, and years later, also worked for the town’s water department. Dick continued his love of travel while working as a long haul truck driver, often with his wife Dorothy along for the ride, the two traversed nearly the entire continental United States. Dick also found time to work for and retire from the Tooele Army Depot, a job that took him to Germany and Saudi Arabia during the first Gulf War.

Dick loved visiting with friends and family, endowed with the gift of gab, he could be found at breakfast every Saturday morning at Penny’s with his pals Dave and Nando (among others), chatting long after the check came. Always on the move, Dick enjoyed running daily errands with his son in law, Ron; or flying with his friend Dave.

The memories made with him are far too numerous to mention, and will be cherished always.

Dick is survived by his children, 21 grandchildren, 34 great grandchildren, sisters: Deborah, Joyce, Alta, and his brother, Bob. He was proceeded in death by his parents, wife, daughter Shannon, granddaughter Amanda, and great grandson Austin.

A celebration of life in Dick’s honor will be held January 8th from 4 to 7 at the Stockton ward house.