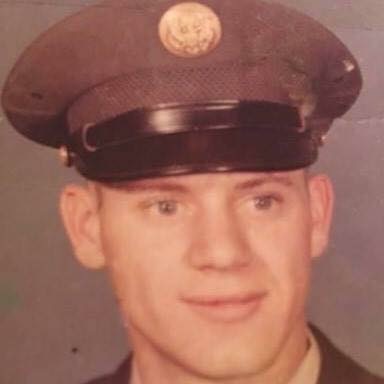 Our Husband, Father, Brother, Grandpa and friend, Mitchell D. Rice passed away of cardiac arrest in the early morning hours of March 17, 2020. He is survived by his wife of 48 years, Gisela Rice, his son Marcus Rice, daughter Dominique Stromberg-Spencer (Jonathan), grandchildren Brady Stromberg, Savanah Stromberg, and Vivien Stromberg, brother Charles (Sarah Beth) Pergrossi, and sisters Connie (Tom) Bohannon and Don-Rita Rice.
Mitch was born in East Ely, Nevada to Mitchell D. Rice Sr. And Hester Pegrossi (Evan “Knobby”). At the age of 17, Mitch joined the United States Military, where he proudly served his Country for nearly 10 years in the Army and an addition 4 years in the Utah National Guard followed by 7 years in the Utah Reserves. When he got out of Basic training, he was sent to Vietnam and served one tour of duty where he received several commendations for his service.

In 1969 he was sent on a Tour of Duty to Germany where he met the love of his life, Gisela, they were married on April 9, 1971, in Reno Nevada at the Chapel of Bells. In October 1972 they returned to the states where they lived in various places until they made their final home in Dugway, Utah where they raised their two children and he attended BYU while working in Dugway, where he received a Bachelor’s Degree in Geology.
Mitch was a fun-loving kind of guy, who loved to camp, rock hunt, and make jewelry in his spare time. He was always surrounded by his friends and family at any given time. Animals and children flocked to him because he was always a kid at heart. He was honest and never afraid to voice his opinion and tell people what he thought. He was an amazing father who adored his children and grandchildren more than anything in this world.
Due to the Coronavirus pandemic, the family has decided to put funeral services and Military Honors on hold, until the ban on social gatherings has been lifted at which time the family will notify everyone. Instead of flowers, the family asks that you make a donation to the Wounded Warriors Project.