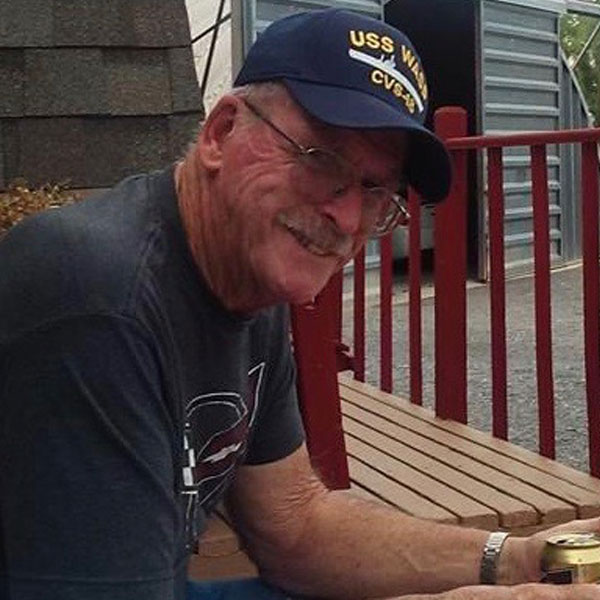 John Douglas Wishart age 76, passed away peacefully in his home on August 2, 2020 due to complications from bladder cancer.  John was born on February 1, 1944 in Niagara Falls, New York to Mary Chalmers Wishart and James Wishart.

John served in the U.S. Navy aboard the U.S.S. WASP, where he was part of the exciting Gemini capsule recovery program.   After he left the Navy, he began working for United Airlines.  It was there that he met his spunky wife of 52 years, Jan (Jarosz) Wishart.  He worked for United Airlines for 35 years and always enjoyed working on and being near the aircraft.  In 1989 he was named “Man of the Year” for United Airlines when he discovered a mechanical problem on an aircraft that was getting ready to take off.

John and Jan hit the road in his Corvette after they were married and moved to Murray, Utah!  In Utah, they had two amazing daughters, Tracy and Linnette.  His family was so important! He was a hard worker and he took pride in providing for them.

Together, they enjoyed traveling (especially to Hawaii), boating, going to car shows, and had many other great adventures.  In 1990, John and Jan moved to Florida and he was in heaven!  He loved boating on the inter-coastal waterways and having fun with the Toho Yacht club.

John and Jan moved back to Utah and settled in Grantsville once they started having grandchildren.  He began driving a school bus for the Tooele School District and met a whole new batch of special friends.  He took his school bus job very seriously and even during his chemo and radiation treatments, John would drive back from the Huntsman Cancer Institute just in time to drive his bus.  He cherished the time he spent with all his driver friends!

John was passionate about anything that had an engine!  He loved riding his motorcycle and doing charity rides all over Utah.  He loved anything that had to do with trains, planes or automobiles!  He loved driving his boats on any water way! Even taking the wheel of the big yellow school bus was exciting!

One of his favorite summer things to do was hop in the car and take Jan on road trips.  Together they traveled to the Grand Canyon, the Oregon Coast, Idaho, and anywhere else they could think of.  Of course, he was ALWAYS the driver!

John battled chemo “LIKE A BOSS”!  Even the nurses said that he was one of the few people to gain a couple of pounds during chemo.  And, that we all know is because John loved mealtime almost as much as he loved his family.  Another thing that he enjoyed so much was sharing a drink with friends or family on the patio of the farm.  A peaceful retreat that he called home.

A celebration of life with military honors will be held at his home on August 22, 2020 from 5-7 p.m.  Family and friends are invited to come share a special memory of John.

John fought hard until the very end and would want all those who know and love him to raise their glasses and remember what matters most. Because, “IT’S FIVE O’CLOCK SOMEWHERE!”