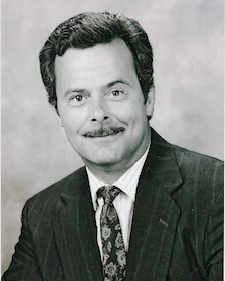 John Aldrin Caple, Jr., age 71, passed away on December 19, 2021 at home surrounded by family. John passed after a short but fierce battle with cancer.

John was born on September 8, 1950 in Coeur d’Alene, Idaho to Betty Joyce Hogan and John Aldrin Caple, Sr. Although he was born in Idaho, he was raised in the farmlands of central Washington. He was a good little boy but loved to pull pranks, which sometimes got him a harsh reprimand from the school principal.

Around age 11, his parents divorced. Shortly after, Minor Wetzel (or Daddy Minor as John called him) came into his life and married his mother. John became the oldest of 7 children in their blended family and finally had the baby brother he had always wanted. John graduated from Almira High School Class of 1968. After high school, he attended Yakima Valley College.

In 1970, John was enlisted in the US Army 82nd Airborne Division. He loved to tell stories of all the pranks he pulled in the Army and how hard he worked to win the machine gun competition. He was very proud to serve his country.

In 1976, John married Delores Rosenberg and they had three daughters: Mackenzi Adele, Malana Lynn, and Kami Leah. His daughters were the light of his life.

In 1982 at age 32, John was converted and baptized a member of The Church of Jesus Christ of Latter-Day Saints. His faith was so important to him. He was a very spiritual man with a very sensitive heart for things of the Spirit.

John did many things to provide for his family but his proudest occupation was Journeyman Millwright. From 1983-1985, John moved his family to Ritzville, WA, to manage a farm, live his dream as a farmer, and became Young Farmer of the Year. John loved farm life and loved being surrounded by his sheep, pigs, cows, chickens and horses. His talents weren’t only limited to farm life though. He had a gorgeous baritone voice that was suited well for radio. John was a radio personality in Washington State and later in St. George, UT. For a short period, he was a news anchor for a local television station in Pahrump, NV. John also loved the challenge of being a business owner. He owned a pizza business called You & Me Pizza and he owned a flower farm where he taught his children to work with their hands and know the satisfaction of a job well done after a good day’s work.

John also participated in many plays and musical performances. His most cherished was being asked to play the role of Curly in the musical, Oklahoma, which was not the role he auditioned for. Music was a big part of his life whether he was performing on stage, singing in church choirs, or playing guitar while watching television. He loved to sing old country/bluegrass music with his girls.

In 1995, John traded in country living for the big city and moved to Las Vegas, NV, with his youngest daughter and wife. Later, they divorced in 1996 and he married Marion Tone (the Red of Head as he called her). John and Marion lived in the beautiful red cliffs of St. George, UT where he reconnected with his rich pioneer heritage. John had a deep love for his ancestors, especially Goudy Hogan.

John eventually moved back to Las Vegas and did finishing work on many of the new casinos and later worked privately in general contracting and landscaping.

John later moved to Grantsville, UT, and bought a small home perfect for his country boy heart. He married Vera Sykes in January 2021. Sadly, he was diagnosed with prostate cancer in September 2021 and fought a short but fierce battle.

John was always the life of the party. He could carry on a conversation with anyone he met. People were always drawn to his very charismatic personality. He had unending stories from his childhood and military service that his children and grandchildren have heard numerous times and can recite word for word. The memories they have made with him will last them a lifetime. John was famous for his eternal optimism. He will forever be remembered for saying, “Fear not, all will be well” and “Life is Good.”

John was preceded in death by his father, John Caple Sr., his stepmother, Florein Caple, his stepdad, Minor Wetzel, and his great-grandson, Ezra Caple Vargas.

A Celebration of Life will be held January 29, 2022 at 11 am in the Grantsville 3rd Ward, 428 So. Hale St. in Grantsville, UT. Interment will take place at Richmond Cemetery in Richmond, UT on December 28, 2021 at 1pm, with full Military Honors. John will be laid to rest near his beloved Goudy Hogan.

Arrangements in care of Dalton-Hoopes Funeral Home & Cremation Center. 435-884-3031   Online condolences and memories may be shared at daltonhoopes.com