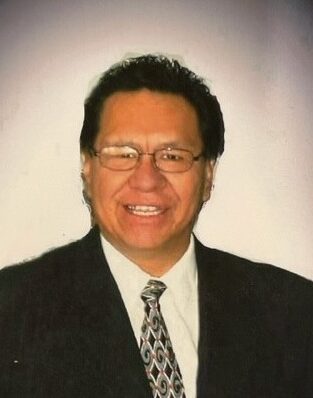 He was born September 11, 1964 in Tooele County, to Charley Allen Jr. and Violet B. Allen.

He graduated from Grantsville High School in 1983, later attended  Salt Community College and received his Bachelors degree for Auto Mechanics and Art Design.

He was employed Hercules Inc., Alliance Tech Systems. He had many jobs.

He was a member of the Native American Church and LDS.

He touched many lives in his time on earth. He made friends easily. He loved his family and was happiest to spend time with his children and grandchildren. He enjoyed all his relatives and friends, laughing, joking, making people feel happy and loved.

His younger years he loved to travel, hiking, hunting, working on vehicles and 4-wheelers and riding them.

He was always drawn to animals, his fur babies, Q, Rez, Boogie, Adam and his ducks were his joy and loved them so much.

He was very artistically talented and had a passion for drawing, painting, beadwork, tanning hides and he created the most beautiful fan work with feathers, beads and could turn anything into a masterpiece.

Funeral Services will be held on Friday, January 20, 2023 at 11 AM in the Church Street Chapel, 81 N Church Street, Grantsville, Utah 84029. Viewings will be held on Thursday evening from 6-8 PM and 9;30-10:30 Prior to services BOTH at the Church. Burial will follow in the Skull Valley Reservation Cemetery in care of Dalton-Hoopes Funeral Home.