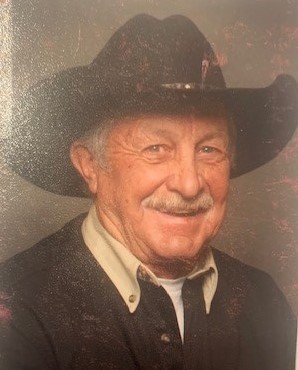 Billy passed away at his home Wednesday Afternoon, November 25, 2020 surrounded by his loving family.  He was born July 27, 1940 in Stockton, Utah to LaVaun Gressman and William Price Edwards.

Attended Tooele High School and received his GED while in the US Navy, which he entered at the age of 17 in 1958. He served on the USS Dixie, Destroyer Attender and served two tours in Japan.

When he was discharged, they bought their first home in Grantsville.

They had three boys Mike, Scott and Kevin all just a year apart from each other. And one year later had their blessed daughter Lori Jo Whatcott on April fool’s day, and the Dr. told him he had twin boys….

They had three homes in Grantsville, until 1983, when Lori Jo graduated high school, they moved to Erda.

He worked at TAD for 30 years, with his Navy time and retired in 1988. He then went to work for a contractor at TAD south area for 8 years.

During the years in Grantsville, he belonged to the Grantsville Trail Dusters Riding Club, where he became a superb horseman. He taught himself to team rope, being the HEELER, but sometimes would be a Header. He also belonged to the RMRA, PRCA, UFTRC, WFTRA and RMTRA Associations.

If you run into any Team Ropers now, and mention Billy Edwards, they will say “YEAH He’s a LEGEND”!

He won many buckles, a horse trailer and three saddles during his roping years. All three boys are also great team ropers in their own right.

Billy was a very humble man, never wanting any recognition for anything.

He also loved to hunt and fish.

He was a welder by trade, and a boiler fireman. There wasn’t anything he couldn’t fix or make.

He loved to read, especially anything historical, he could read a novel in one day.

Still today, if you run into people that worked at TAD or who rodeos and say the name Billy Edwards, chances are they will tell you some great stories! He was loved by everyone he met throughout his 80 years.

Memorial Services will be held in the Spring with U.S. Navy Military Honors.