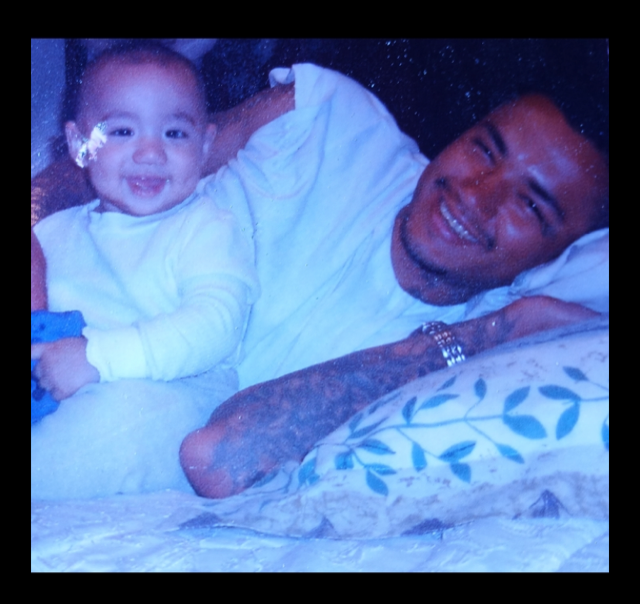 Ralph was born on September 11, 1978. Along with a twin sister Marciana, growing up they were close. Marcy was always bigger than Ralph. She would pick on him all the time. Ralph got into trouble all the time because he would take the blame . That’s the way Ralph was. Their mom told Marcy, “watch out , one day he will be bigger than you” and she was right. Ralph grew to be 6 feet tall by the time they were 17 years old

Marcy didn’t pick on Ralph no more . Ralph was a very protective and loving brother. The “twins” always fought each others battles. You fight with one of them your fighting them both. The the next 13 years they only had each other. Ralphs mom had remarried and Ralph now had 3 sisters. He always wanted brothers but was content and very protective. ,Ralph spent many of his adult years lost. He was struggling in life. staying out of trouble was not easy for him. There was always something missing in his life. He could never figure it out.

Ralph in and out trouble over the years , he had gotten lost. Ralph got into trouble again like always, only this time was a bit harder . His mother had gotten sick and passed away. Ralph felt guilty and hurt. Last time he was out his mom pleaded with him to please stay out of trouble. Please . She told Ralph this would be the last time he would see her. She told Ralph “if you keep getting into trouble like this, I won’t be here later”. She was right. She had passed away June 2015. Ralph never got to say his good byes. Shortly after that he got out his life back on track. But Ralph was lost, he still couldn’t find that thing missing in his life. Ralph went from being that 17 year old in trouble to a 42 year old man. But still had that 17 year old mind set.

Ralph kept struggling. He abused alcohol to numb all his pain. He didn’t know how to deal with life in the real world. Along the years he was proud of a few accomplishments. The one he was most proud of was becoming a father. He Had a son, Orlando Ralph Johnson the 3rd. He was so proud of his son. Seeing his son was a product of him and he was growing up to be a smart, handsome, respectful young man. Still lost and struggling, he didn’t know a thing about being a father. It scared him. These last few months he was really trying to be a good dad. It was working out he finally had began to change. Ralph his son will never get to know his dad but he’s got plenty of us whom loved his dad. we will tell him stories and memories that we have. We will keep his memory alive.

Ralph had a special love of music. He loved all sorts of music. Hands down, black sabbath was his favorite. He was so happy he had got to finally go to the concert. He said he would before he died. He did. He always said he wouldn’t live a long life, he knew he wouldn’t live to be 50.Ralph played the violin in grade school. Later on he played the drums. He was pretty dam good too. His dad bought him a nice set of pearl white drums. He played them everyday

Practicing so one day he would be as good as if in a professional band.

Ralph loved to draw, he drew us all cards and letters for birthdays and holidays.

He got into tattooing. Very first tattoo he did on his sister, he wanted her to be his scratch pad.

She knew better and He wanted to have his own shop one day but never got the chance. Recently he moved in with his dad to take care of him, help him out which was his plan. He had good intentions, had a plan all set but got side tracked along the way. Ralph never did get married. He was a Lost little boy still suffering. Ralph was a Virgo. He lived too much in His own head . He always had been a dreamer, always dreaming, never paying attention.

He still was this little boy . he loved everyone that came into his life. If u knew him, you know he would be your friend for life. No matter how often you spoke or didn’t or how often you saw each other. He had a special little place for everyone. Ralph had many friends. Some closer than others but he would do anything for you. You could count on him. He was genuine. Always was himself. If you didn’t like what he had to offer, he didn’t care. One thing he wasn’t was fake or mean. Ralph left this place in a horrible way. He did not deserve it, he was called home because he was in a lot of pain and couldn’t pull himself out .

I know he is finally at peace. His dog Roz right at his side. That morning of the fire Roz darted down the stairs to his death. He knew he was put in Ralphs life for a reason. And I believe he was. That moment his dog took off to be by his side in the fire, he knew it was time for them to leave this place. Roz didn’t think twice about it or think even once. He ran to be there at his side no matter the cost.

Brother, you are truly and will be missed greatly, I cherish the years he had together. Now you can rest in peace and breathe. Until we are together one day, I carry you in my heart. Fly on my sweet angel forever I will be by your side.

Rest in peace brother until the day were together again