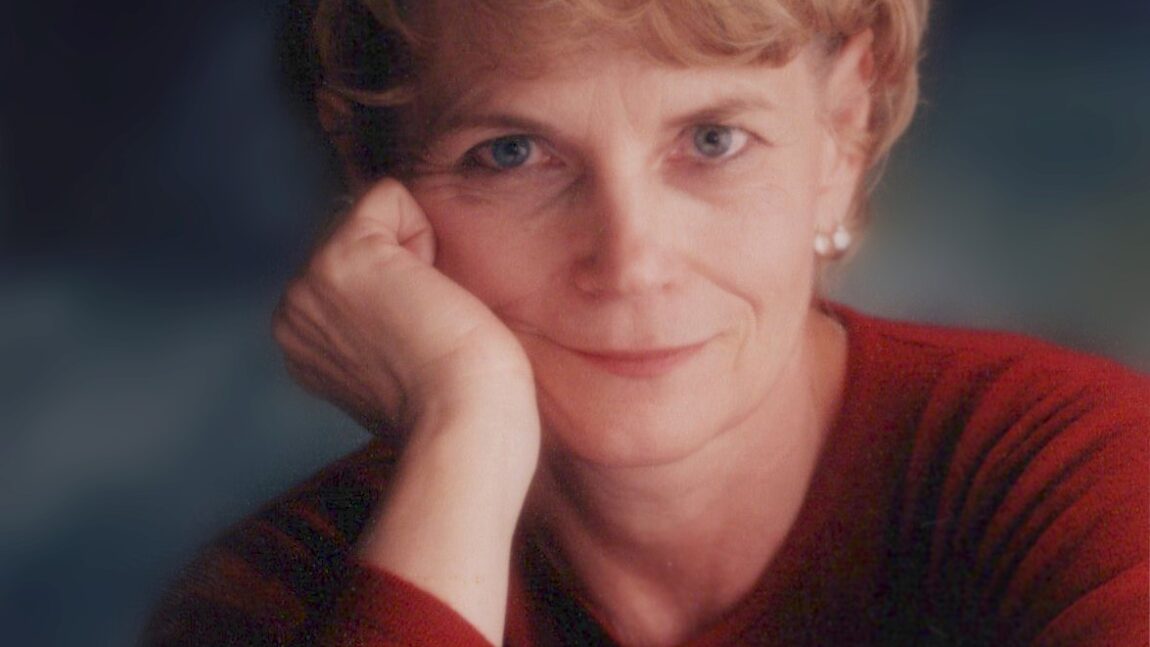 Marjorie Gwen Monnett was born December 24, 1947, to Don and Marilyn Worthington in Grantsville, Utah.  As a toddler, she contracted the dreaded polio virus and was soon transferred at great cost to the Sister Elizabeth Kenny Polio Center in Pennsylvania.  Narrowly escaping placement in an iron lung and enduring several surgeries, she returned to Grantsville to be raised.  Because of the difference in leg length and surgeries, she was nicknamed “Prancy,” a name she carried through her life.

Serving as a student body officer in high school and receiving a scholarship to Brigham Young University in Provo, Utah, she received her Bachelors Degree.  There she married Robert Bettinger and soon became the mother of five children: Jeffrey, Eric, Debbie, Janell and Leigh.  To help the young family, she taught school in Chicago, Illinois, Twin Falls, Idaho, and Las Vegas, Nevada.  Alternately, she worked as an assistant with the Utah Jazz when the team temporarily operated from Las Vegas.

While in Las Vegas, her marriage ended.  She continued as a leader among other single parents and simultaneously served as the Primary President in an LDS ward.  She then attended a meeting at Brigham Young University with several other single parents in 1985 where she met Jack Monnett and, following a whirlwind courtship, married him in the Los Angeles Temple, and moved to Grants Pass, Oregon.  There she was not only the mother to her five children but became stepmother to Jack’s eight children.  Her family was soon known as “the Brady Bunch” complete with a family school bus.  She was later named the Grand Marshall of the local parade with the title, “A Mother’s Lode.”

Serving in many callings in both church and civic matters and coupling school teaching with a new interest in teaching parenting skills, people in Grants Pass were sad to see her leave with her husband, Jack, while he accepted a teaching position at a university in Mainland China.  Before leaving, Margie suffered a severe auto injury with some lingering effects and continued surgeries in the Chinese hospitals.  When she returned a year later, she and Jack resettled in Grantsville and founded a business in book publishing.  Still having residual complications, a medical solution was proposed that unfortunately further exacerbated her neurological problems and her spine was punctured.  Again relearning to walk and feed herself while now suffering complications of post-polio syndrome, she sought to rebuild her life.

Margie was not an idle person and generally had projects to do and events to attend.  She loved photography and won many honors for her pictures; she sought out childrens toys and books to present them to her grandchildren; she was an antique hunter who found it impossible to pass by an antique shop without finding a treasure; she always had DIs and Goodwill stores on her radar; she collected and brought kitchen recipes to life; and she enjoyed public speaking and teaching in all settings.  In short, her life was filled with activities and grandchildren.

Moving to Spring City, Utah, she was again able to participate fully in church and civic matters.  As the town mayor’s wife, she was additionally involved in building projects and historical efforts within the community.  In 2017, however, her life completely changed when a large garbage truck went through a stop sign and hit her car at a high rate of speed.  Initially left for dead, she was eventually removed from her vehicle and following more than a year of surgeries and hospital care, moved to Idaho where her husband Jack was closer to help from children and grandchildren.  She was now paralyzed and wheelchair-bound.

On January 13, 2023, just following her 75th birthday, she finally succumbed to the progressive pain and nerve damage that had tormented her for so long.  She was surrounded by her husband, children and loved ones who had come to know the “real” Margie.  Her children are: Jeffrey Bettinger, Eric Bettinger, Debbie Price, Janell Greenwood, Leigh Short, Scott Monet, Ross Monnett, Holly Monnett (deceased), Ginger Bell, West Monnett, Danny Monnett, Bruce Monnett, and Wendy Monnett.  In lieu of flowers, donations would be gladly appreciated to: BYU-Pathway Worldwide.