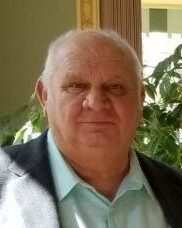 John enlisted in the Marine Corps. When he was 17 years old and bravely served in the Vietnam War from 1965 to 1966. Upon his return, he married the love of his life, Suzanne Lingenfelter Kurtz. John and Suzanne were living in Pennsylvania when their two sons, Scott William and Adam Wade, were born. In 1979 they moved to Montana where John worked for the U.S. Forest Service, worked as a hard-rock miner, and ran a business.

In 1989, John decided to go back to school and earned a Bachelor of Science degree in Occupational Safety and Health from Montana College of Mineral Science and Technology in Butte, Montana. Subsequently, he worked on several projects building railroad lines. He retired when he was 62 and moved to Utah to be near his grandchildren.

John had many different hobbies throughout the years. He was a talented carpenter and gardener. He enjoyed watching football (Steelers) and was an avid fisherman. John relished other outdoor activities too, such as hunting and camping, especially when he had his beloved dogs with him.

John was preceded in death by his son, Adam and his parents. He is survived by his wife, Suzanne, his son Scott (Helen), his grandchildren Samuel and Gilian, and all of his siblings, Anne Wlodkowski, Ellen Barnes, Rachel Glass, Lemon Kurtz, and Louis Kurtz.

Funeral services will be announced at a later time in care of Dalton-Hoopes Funeral Home, 435-884-3031