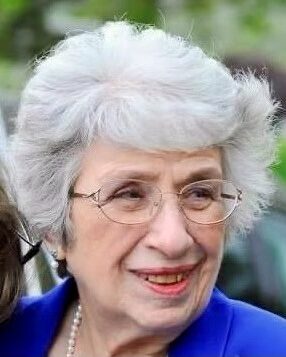 Our sweet mother, grandmother, great grandmother and great great grandmother passed away peacefully in her home. She was reunited with her loving husband Orien Roy Gossett, and her little boy David Orien Gossett. Annette was born in Ogden, Utah to George L Nichols and Ardella Wheeler Nichols. She was the youngest of three, and as only girl, filled a special place in her family. Annette graduated from Ogden High School in 1953, and attended Brigham Young University majoring in Elementary Education. While attending BYU she met the love of her life, Orien Roy Gossett, and they were married in the Los Angeles Temple on March 11, 1957. Together with her sweetheart they brought 6 children into their family. Annette was always willing to follow Orien through many moves during his career. She created beautiful homes for her family in California, New Mexico, Montana and Utah. She and Orien retired from the Army at Dugway Proving Grounds in 1993 and settled in Tooele, Utah. After retirement they served three full time missions for the church of Jesus Christ of Latter Day Saints. They served the people of Ulaanbaatar, Mongolia: 1997-1999, Budapest, Hungary: 1999-2001 and Salt Lake City, Utah, Family and Church History Mission: 2002-2003. Together as a couple they loved serving the Lord, and making a difference in the lives of the people they served.

The family would like to thank Sheriff Paul and Shannon Wimmer for making the day easier for the family. We would like to offer a special thank you to Mandy Hunt for caring for and loving our Mother during the past several years, and to Jon and Tracy Gossett for going above and beyond in caring for both of our parents in their aging years.

Online Condolences and Memories may be shared at DaltonHoopes.com